One of my closest mates from school recently up and left Melbourne when his – now fiance – was offered a job she couldn’t refuse in Singapore.  She’s a lawyer, he was previously head chef at one of Melbourne’s best cafe’s south of the river (Dukes Coffee). We said we would visit when they left last year, and we finally came good on the promise.

Having eaten our way through annual leave to return to London for a visit at the start of this year, and having a four-day public holiday at our disposal, we decided to take the plunge and fly over.  No matter what we knew we were going to pay for it as we were going to leave Singapore on Monday night and touchdown in Melbourne at 7.30am, where we would step off the plane and head straight into work. A perfect reason to go hard then go home.

The day before we left I was having a debate with people at work about whether Singapore was a city or a country. I was busy in the lead up to leaving and didn’t get to do my ussual research. And to those who don’t know – it is a city-state off the tip of the Malay Peninsula. I didn’t even get so much as a look at a map until I was at the airport on the way back home – I knew the place was small – but not that small.

It’s Southeast Asia, but not as we know it. Having travelled though Vietnam, Cambodia and Laos, I found Singapore very different in many ways.  During the time I was over there I was trying to put my finger on how best to explain it. It stumped me, but I will do my best to portray my feelings and what I learnt from the expats.

Leaving the airport I was shocked at how clean it was and the amount of green spaces on the way into the city. We were starving and @mchopkinson told the cab to pull over along the East Coast where I had my first look at Singapore’s hawker markets. The heat was intense – around 32 humid degrees and we have been travelling for the past 16 hours so we didn’t look our best, but food ended up winning out. We ended up with a huge selection of roast meat, satay and seafood (good chilli clams) all washed down with many more beers than we expected. It would do you no harm to pull over on your arrival as you can easily grab a cab to continue your journey once you have been fed and watered.

There are two main modes of transport – taxi and MRT (underground). Taxis are cheap – it cost us only $20 to get from the CBD to the airport and they will get you where you want to go quickly.  The MRT is great as well – only about 75c for a journey to anywhere in the city. Cheap and quick but the stations are spread out quite a bit so you can find yourself stranded looking for a station in some parts of town. Comparing it to the London underground – ideally there needs to be more interchanges to make journey’s less complex. There are also buses but good luck if you don’t have a local to show you where to get on and off. But if you want to see the world – a map and a decent pair of shoes will always do the trick.

So – what’s SNG like? Other than clean, there did not seem like a lot of traffic, no graffiti, no people living on the street, and some extravagant shows of wealth – Marina Bay Sands Hotel, for example. A low crime rate is great, but the place lacked a certain ‘edginess’ that is found in both London and Melbourne. And without a type of ‘edge’ – whatever it may be – it is hard to define a country and its culture. 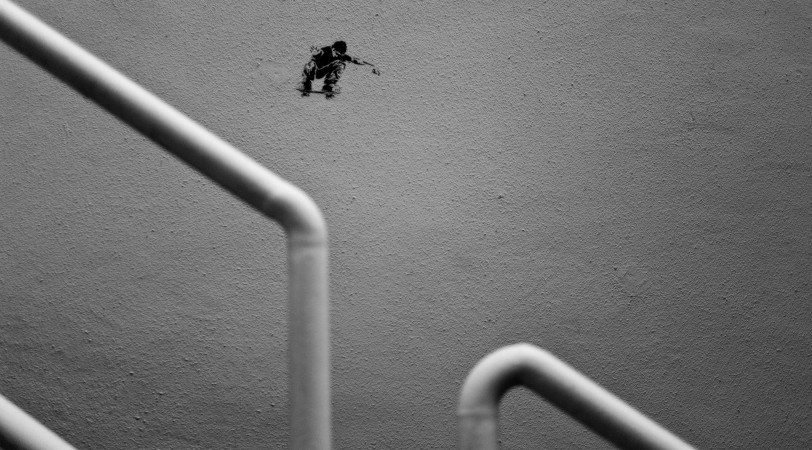 Having made this assessment it was interesting to garner some information from a few of the local expats. Especially from someone who works in hospitality over there. SNG claims to have one of the highest rates of home ownership in the world – whether it be in a shoebox apartment or a house – people have a roof over their head. All industries have a headcount quota that states that every workplace must have 50% SNG employed at all times. This is great on paper to ensure that jobs stay in the country. But when you work in a restaurant and two SNG employees quit, your employees from Malaysia travel on scooter back to across the boarder into their country – only to be told that two of them will have their SNG visas cancelled and not be able to return back into the country because the restaurant will not have an equal 50/50 split is shocking to hear. They lost two of their best employees – who have never been heard from again.

The reason the roads are relatively quiet when compared to Australia is because there is only a certain quota of vehicle registrations given each year. This is prohibitively exspensive for most locals who only make around $1,300 per month as the registrations are auctioned off – most recently going for around $80,000. That is just to be able to get a vehicle on the road. Cars are also expensive as almost everything is slapped with a 20% government tax (imagine you buying a normal car but it costing 20% more). And if you do get a registration at auction and have enought money to buy a car – registration is only for a number of years, in which time you may not be able to afford a new registration. So public transport has to cater to the masses. 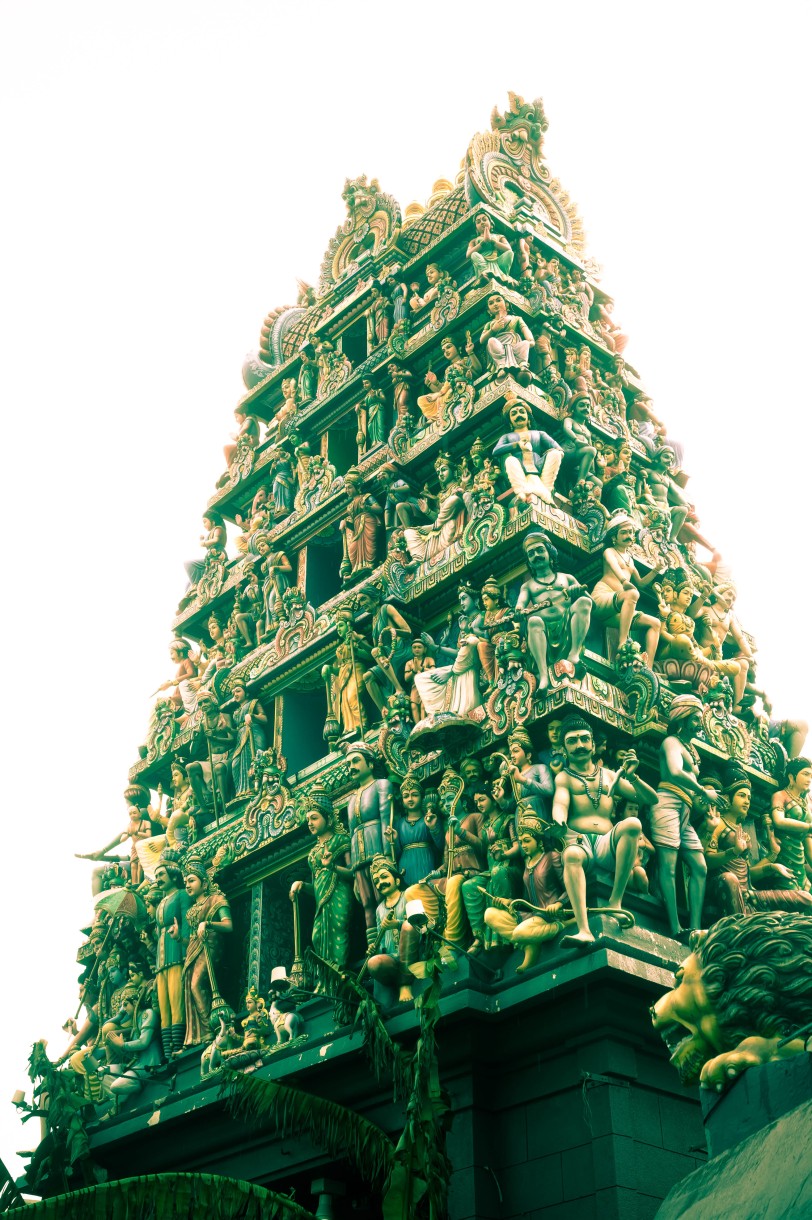 Singapore has many cultures living in the country and the largest communities have areas of the city dedicated to them – Little India, a proper Chinatown, an Arab Quarter all entrenched around the outskirts of the CBD. Little India is the perfect place to sample some of the most authentic Indian street food ountside of the country itself. Chinatown has the soul that is lacking in many other iterations around the world – and giving some of the best hand-pulled noodles and dumplings that I have only previously encountered in Laos. The Arab Quarter is the next up and coming area that is screaming out for a great cafe due to the amazing boutique shopping available on Haji Lane.

Speaking of which – cafes in SNG are slowly getting to their feet. There seems to be a few popping up and many claiming to offer ‘the Melbourne coffee shop experience’ but falling way short of the mark. This is the perfect place to put some ‘edge’ into a burgeoning scene – show me your interpretation of the SNG coffee scene rather than trying to emulate somewhere else.

A huge number of cafes do not serve any type of cooked breakfast – so they have to try to survive off just coffee and cakes. Ask any of Melbourne’s cafes how long they can last by taking cooked food off the menu and surviving off just the profits of coffee and pastries – they will probably explain that it would be better off closing up shop.

If you do find yourself being able to lease a space and want to turn it into a cafe you will first want/need to install an extraction fan so that you can then install proper cooking equiptment to cook with. It will not be paid for by the landlord and may set you back around many thousands of dollars. But once you have everything in place the landlord may eventually get a better offer and end your lease where you will have to leave one of the most important pieces of your equiptment. I was chatting to Ryan Kieran Tan – two-time SNG Barista Champion – who had just opened his first coffee shop – Strangers Reunion – eight days prior. He has seen so many people walk into his shop, ask if they serve food and when shown only the cakes on offer they walk out without ordering anything. Whoever is able to take the leap of faith, incurr the cost of installing kitchen equiptment and serve great food and coffee I predict will become the darling of Singapore. 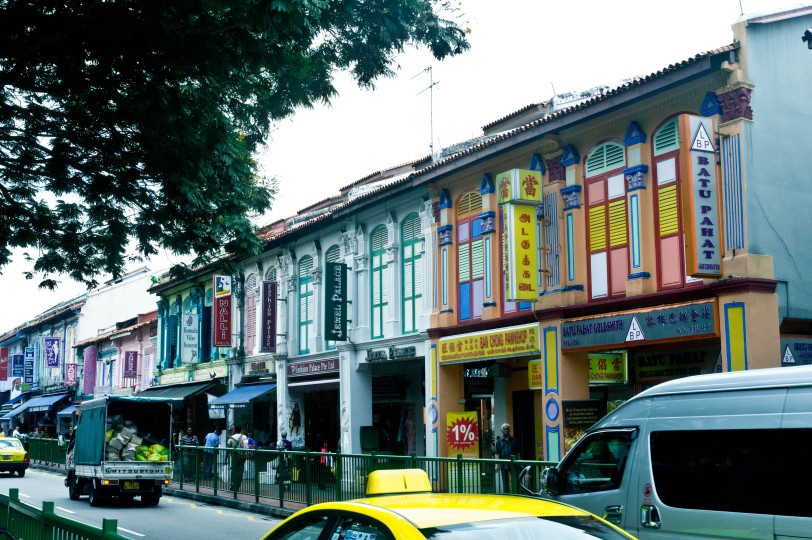 It seems like this will be a 2 part series – I feel that I needed to put into perspective how a set of fresh eyes viewed the culture. Those of you who call the country home – please set me on the right path if I have heard or written something you understand to be incorrect. I was only able to go off the information that I gathered through a few conversations.

Part 2 will show you need to hunt down to eat, drink and do on your trip to Singapore.

Sharky’s guide to Singapore (Part 2 of 2)